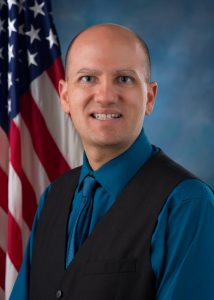 David began his education at Towson University and holds a Bachelor of Science in Mass Communication and a Master of Science in Human Resources. Later, he fell in love with massage as he received sports massage as a competitive runner, and knew this was his dream career. In 2015, David attended the Baltimore School of Massage and became a Licensed Massage Therapist in 2016. Currently, he works at LifeBridge Health and Fitness in Pikesville as an LMT and specializes in Deep Tissue and Sports Massage.
In August 2016 David joined the AMTA-MD Board as Financial Administrator. Working with Sabrina and the rest of the AMTA MD Board, he worked to promote the profession. From working with our legislatures and Maryland Board of Massage Therapy Examiners; to hosting our chapter event at National Convention in Washington, DC; to networking with other chapter leadership; to keeping our member informed of updates; and to the education we have brought you. Now as President, David will continue to support you and respond to you in a timely manner!
David became an AMTA member as a student, because he believes it is a wonderful way to learn and network with other massage therapists.  In his free time, David enjoys going to Karaoke, traveling, cooking, and watching baseball. 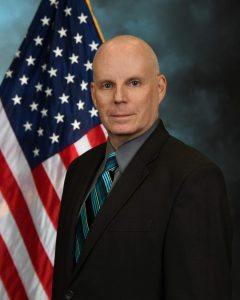 Mark has been in the massage therapy practice since February 2017, after graduating from Anne Arundel Community College’s Therapeutic Massage Program with an AAS. He has served on the AMTA Maryland Chapter board as a Delegate in 2018 and 2019, where he served in the Assembly of Delegates during the National Convention and as the chapter’s secretary in 2019. He has been a member of AMTA beginning with a Student Membership in 2016.
Mark is a retired Air Force veteran, with 20 years in the service of our country. Following his retirement in 2008, Mark continued supporting the security of our nation as a Department of Defense contractor until 2015, when he transferred over to civil service as a Department of Defense civilian.
During Mark’s time in the Air Force, he belonged to various private organizations, such as organization level booster clubs and the Air Force Sergeants Association. He held positions to include secretary, treasurer, vice president and president in these organizations. When his oldest son was in the high school band, Mark filled the role of treasurer for the band support organization. 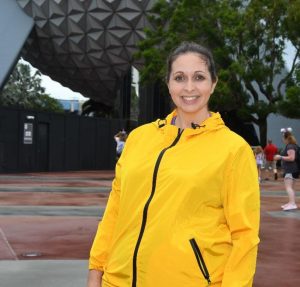 Chelsea Adams cook is a graduate of Anne Arundel community college. She’s been practicing massage since 2012.
Before working as a massage therapist she worked as a stage manager in the theater as well as for Walt Disney World. Over the last two years she’s been volunteering with AMTA as the election coordinator. She is looking forward to serving as the Maryland Chapter Secretary. 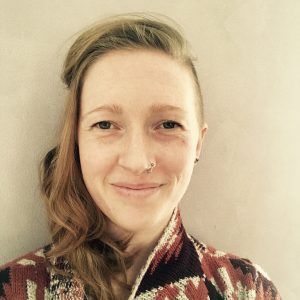 Molly became interested in body work and holistic wellness through her practice of yoga as a teenager. In 2016 she decided to pursue this passion further, leaving a career as a legal advocate to attend Potomac Massage Training Institute. After graduation, she began working full-time as a massage therapist in Baltimore, and stayed with the school as a teaching intern, TA, and eventually as lead instructor of both the Deep Tissue Practicum and Business Practices and Ethics. Molly is also a registered yoga teacher.
Prior to beginning her studies in massage, she came from a background in immigration legal work and advocacy, and is fluent in English and Spanish. In both her legal advocacy career and as a bodyworker, she has focused her study and practice around trauma resolution. Molly is excited to join the board of AMTA, and to support the advocacy of the massage therapist profession.